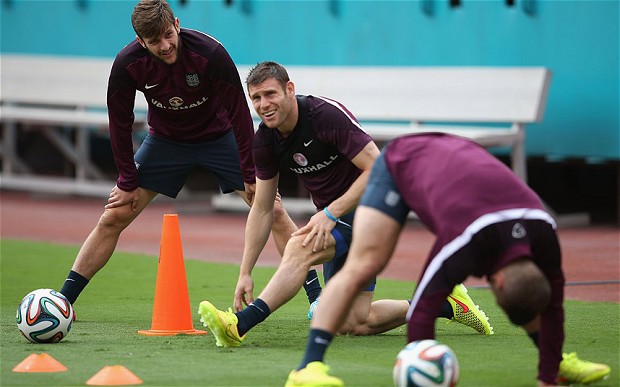 With the conclusion of the international break this weekend, we have witnessed the reawakening of the English Premier League in all its cumulative glory. From eight nil thumping’s to single handed four goal mauling’s. The eighth week of football matches has matched the lofty entertainmaint ratings of the league, but perhaps betrays within itself something more indicative of an epidemic within the national game.

There could not be a more magnified difference gap between the remarkable quality on display every week in the premier league and the ‘par for the course’ performance of the England national team, a level that frequently flirts with being outright sub par. It may be perhaps a bit too presumptuous to assume a country’s national team should be superior or even equal to the strengths of its strongest clubs. Even the world champions at the moment, Germany, would be run right to the post by their national champions, Bayern Munchen. What successful international teams such as Spain and Germany have been able to do, however, is replicate the strongest aspects of their national leagues identity within the national team, structuring their style of play and mentality around aspects of the game no other nation can possibly beat them at.

With Spain, for example, the national FA was able, quite early in Gaurdiola’s reign as Barcelona manager, to harness his tiki-taka style of play that lead to a clean sweep of six titles in his first season to achieve a similar level of dominance on the international stage. The style of Spanish football encouraged nimble passing flair due to the dominant number of diminutive, clever playmakers within the league. This sort of characteristic may be as a result of but not limited to an infinite amount of factors from national diets, youth training policy, climate and geography to national history. No one could expect an English national team to be able to replicate the Spanish possession based game, or even the industriously ruthless edge which has come to define the style of the current world conquering Germans.

What England is blessed with however that no other country in the world has been able to replicate is a league, which is as end-to-end, boisterous, and energy sapping as the premier league is at the best of times. This swashbuckling approach to games has long since been absent from a national team that is more likely to kill with kindness than go for the gusto. The national team must start emulating the style and mentality of its top tier teams, seeking to attack with flair and inventiveness as Liverpool were able to do last year through Sterling and Sturridge, while maintaining the stoic defensive solidity that almost gifted Chelsea domestic glory, sans an actual striker.

There is always a debate to be had about styles of play, formations and other such nuances of the game, but the one indubitable factor has been that the lack of perceived energy and desire from England players, ironically when they are representing the three white lions. This desire is personified by players such as James Milner, a player often unfairly labelled as the scapegoat of previous England failings. What critics seem to overlook, however is that Milner is a double premier league winner with the versatility to fulfil numerous wing, midfield and even defensive positions for both club and country. When called upon he may not be the star player advocates at previous club Aston Villa so desired him to be, but his professionalism, conduct, work rate and technical proficiency should be a model for all future England players to aspire towards. Would a team of eleven James Milner’s win the world cup? Probably not, but they almost certainly would’ve made it further than England managed in Brazil this year. The hope is that the likes of Milner influence the young influx of versatile English midfielders in the arts of hard work and perseverance. Similarities in technical proficiency already exist in youngsters such as Sterling, Barkley and Oxlade-Chamberlain while mainstays such as Wilshere and Adam Lallana will look to carry their undoubted local talent to a more global level.

Furthermore, with the influx of foreign talent ever present in the premier league, it has become very easy for certain detractors to blame this for the diminishing role of English players in the top tier of the game. This argument holds little water however, as surely playing with the best players week in week out should improve the quality of local players, rather than the opposite. This may be attributed to the slightly ‘Island Mentality’ which has gripped the UK in recent years, creating an inherent fear of Europe and painting anything foreign as bad news. This loses ground when it is revealed that players such as Lampard, Gerrard and Rooney would all claim to have been made stronger, not weaker by playing alongside gifted technicians such as Michael Ballack/Essien, Xabi Alonso and Ronaldo. Much in the same way London is able to attract the best talent in the world in most fields of expertise from bankers to doctors, which in turn benefit the rest of the nation, the EPL should be the crown jewel of The FA. Although it may not be as simple as ABC, in theory with the Premier League The FA possess one of the most fruitful breeding grounds for reaping talent.

In looking forward to the 2016 euros in France, one can only hope that Roy Hodgson, who plans to be in charge when the tournament kicks off, can really study the strengths and weaknesses of what is frequently coined "The greatest football league on the galaxy!" by slightly exuberant pundits. How a manager whose only taste of real high level management can be narrowed to an ill fatted jaunt through Merseyside can hope to rebuild the shamble that is the England national team is honestly a query for another day. Rest assured though, despite the recent positive results, England will continue to fall prey to other nations who have managed to nail down a pure ideology towards their playing style. One only has to look at how cohesive and accomplished teams such as Costa Rica, Greece and Colombia looked during the World Cup this year (at times) to gauge the scale of work England still has to do. And which of these nations top tiers of football rank anywhere near as good as the Barclays EPL? Ill wait.