Where will England be Playing at the Brazil World Cup 2014?

There are 12 stadiums across Brazil that will be used for 2014 World Cup. In last weeks draw England learned where they will be playing their three group games.

Share All sharing options for: Where will England be Playing at the Brazil World Cup 2014?

When every manager says they don't want to end up playing at a particular location you know that England are going to get that venue. Now lets not dwell on that opening game in the Amazon rainforest, or Manaus as it is formally known. Lets take a look at the three Stadiums where England will be playing in Brazil 2014. 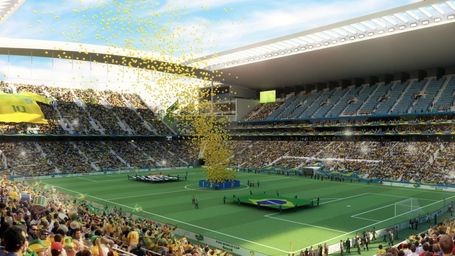 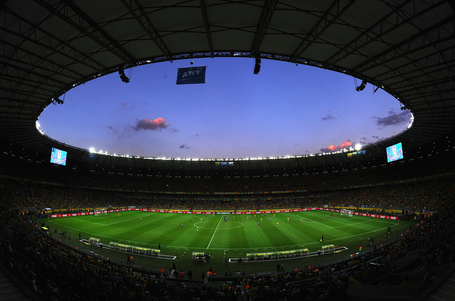 Overall we can't complain too much about the venues in the group draw. Apart from the long journey to Manaus our other two games are the two closest venues to our base in Rio de Janiero. We're fairly sure the England squad won't be flying on a Ryanair flight to each venue so there isn't a lot more to say on the matter. Keeping Balotelli and Suarez quiet in the opening two games is far more important than worrying about the players sitting on an aeroplane for too long.